Welcome to my photo world!

The Cathedral "The Assumption", Varna, Bulgaria 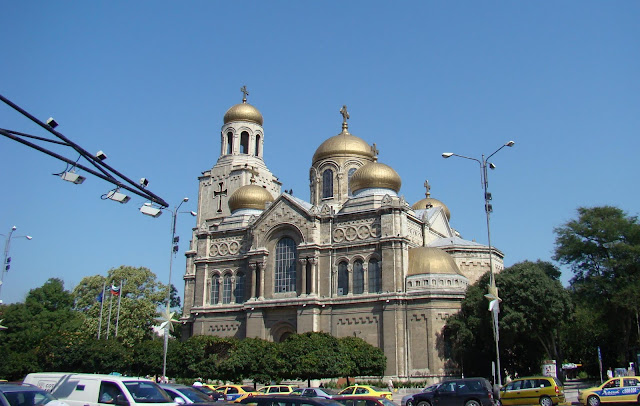 In the center of Varna is one of the most impressive churches in Bulgaria. The first thousand leva in the construction bill itself gave her Prince Alexander Battenberg. Again he laid the first foundation stone in the construction, which began on August 22, 1880 designed by architect Odessa Maas. Construction of the church building completed in 1886, but its formal inauguration until late 1910.

The Cathedral has three altars. Central is dedicated to the Assumption and the other two - north and south, respectively Mirikliyski St. Nicholas and Alexander Nevsky.

One of the greatest values of the Varna Cathedral frescoes were executed under the guidance of Prof. Rostovtzeff. The decoration of the patriarchal throne and iconostasis is a true masterpiece of wood-carving in the style of the famous Debar school in Bulgaria.
Posted by Lio Popov at 2:05 AM